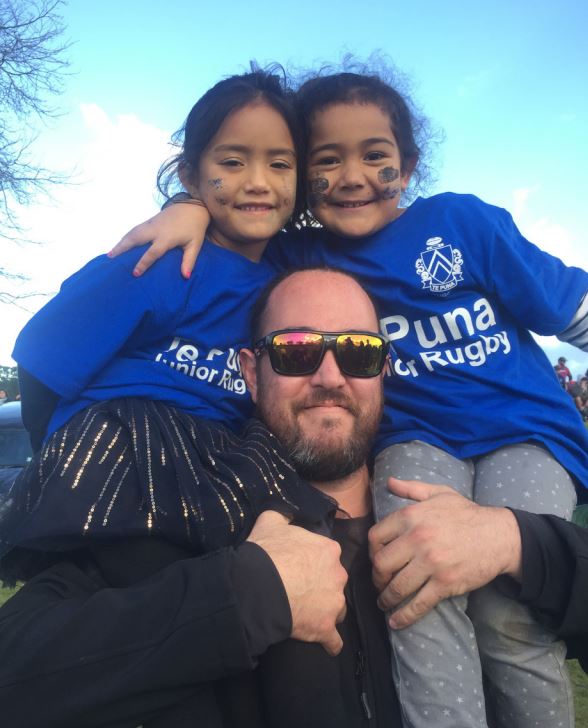 If rugby is a religion — and for many of us it is, then making it to the finals in the Bay Wide
competition is the Holy Grail — or the taonga in the jewel of our club rugby crown.

Up and down the land of the long white try line there were little and large clubrooms lighting up the hangi fires, knocking off a kuni kuni and peeling the spuds, in preparation for the after-match kai to celebrate a season — win, lose or draw.

That was how it was at Maramatanga Park in Te Puna who hosted this year’s Bay Wide Premier Final against Tauranga Sports.

The road to finals day is paved with yarns of yesteryear. Each winning kick grows a yard or two, and each try-saving tackle by a no neck prop has an extra elbow added. And, as the last two teams standing enter into finals footy the photos up on the clubrooms wall are brought to life, by the honour each chosen player who puts on their beloved club jersey on finals day is given, for getting their team to the Holy Grail moment.

The build-up to finals week had more magical sporting moments for me than any I have read or written about in my career as a columnist-come-journalistic hack.

It started on the previous Wednesday with mate against mate at Olympic Stadium in Sydney where we witnessed — in my opinion, the greatest-ever State of Origin, and ended at 4am yesterday with — again in my opinion, our greatest world cup sporting moment ever.

And then the magic of a Maramatanga Final that took it to the limit when it comes to Grassroots rugby royalty.

The atmosphere was electric with more flags than a seabed and foreshore protest march.

The development team came out with all guns and a few taiaha blazing. They had some utu to settle from last year and made the Te Puke Pirates walk the plank, thus laying down the perfect platform for their blue ‘n’ black brothers.

It was all or nothing for the coaches, players, supporters, believers and whānau from every corner of the motu who had come in their thousands to tautoko Te Puna against the very talented tall timber from Tauranga Domain.

Eighty minutes of historical, hysterical never-ever-give-up rugby.  The crowd went wild as the clock ticked down. Many of us could feel the wairua of our tūpuna (ancestors) drifting across Maramatanga like an early morning mist across Mauao.

Then it started like a karanga calling out to the faithful believers. A wave of emotion only ever seen when our ancestors are in the house – off the photo wall and on the field, and they were.

When the final whistle blew the first call for a weekend of unprecedented celebrations began and are from all accounts still going.

The Blue and Black brave-hearts had brought the trophy home for the first time in the 100-year history of the club. This is why we love the game and will be back next year or better still in a few weeks-time Steamers selectors finally understand we will only show up if there is local talent to support. We have the talent in our own back yard so why import it Mr Macmillan – coach of the Steamers?

Yes, rugby is a religion, and many of us believe in it beyond what happens on the field. It’s the glue that keeps our community together. We call our clubrooms in Te Puna the fifth marae. It carries the hopes and dreams of all of our community — both Māori and non-Māori. It is our Tūrangawaewae — our place to stand and celebrate our successes. Our place to catch a Hail Mary moment – when Te

Puna took out the Bay Wide competition at Maramatanga Park, and put in our pocket for future generations to share.